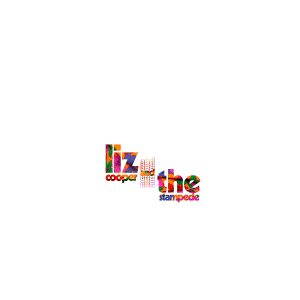 Liz Cooper & the Stampede may seem like a new band on the scene, but they aren’t. In fact, this album was recorded over a year ago in Nashville and at the last minute the studio closed leaving Liz and her gang out in the dark. But this story has a happy ending, as they eventually did re-record and release that album, Window Flowers.

As you could have guessed the band is based out of Nashville. I first fell in love with the band when I heard their song “Motions,” on their Far-Out Version EP. The song was meaningful and true and had a strong bass and drum that really drove it home. Then they started to release the singles off of Window Flowers and that’s when they really stood above the rest, in my eyes. The first single “Mountain Man,” was phenomenal, and made even better by a peculiar music video that featured Liz, The Stampede, Ron Gallo, and Caroline Rose. And you wouldn’t guess based on the sound, but the band is only three people: Liz on Guitar, Grant on Bass, and Ryan on drums.

But more about the album: it is fantastic. It was everything that I wanted it to be and more. The bass lines on the songs are so rhythmic and soothing. The sound is a psychedelic rock, but Liz’s voice really makes the songs stand out amongst the other psychedelic rock bands one might hear. Her voice is a bit raspy, yet sweet. Grant’s bass work is some of the best bass that I have heard and really brings the songs together. Ryan’s drumming is vital and does some really complex stuff. The lyrics on the songs are crisp and fresh. There are also some gems on the album that they hadn’t released before, like the song “Lights.” Let’s not also forget the sick guitar solos that Liz does on songs like “Dali Lama” and “Hey Man.”

This album is without a doubt a contender for the album of the year for me. I had the luck to see them open for Houndmouth this year and although the set was brief they were just as good live. I also got to talk to Grant and Liz so that was really cool. I hope that in the future they come back to Pittsburgh, so I can see them again. I hope you find the time to give it a listen and let it take you the same places it has taken me.