Winners and Losers of the MLB Trade Deadline

We’re about two-thirds of the way through the weirdest Major League Baseball season in recent memory — perhaps rivaled only by the strike-shortened 1994 season where play was halted after roughly 115 games.

But this year the season’s length is just over half that, which was always due to result in a few surprise teams in the playoff picture come September. Coupling that with the previously approved expanded playoffs, where now eight teams from each league have a chance to make a run at the fall classic, we experienced one of the strangest trade deadlines yet, this past Thursday. So, naturally, it’s time to look at some winners and losers of the past week. 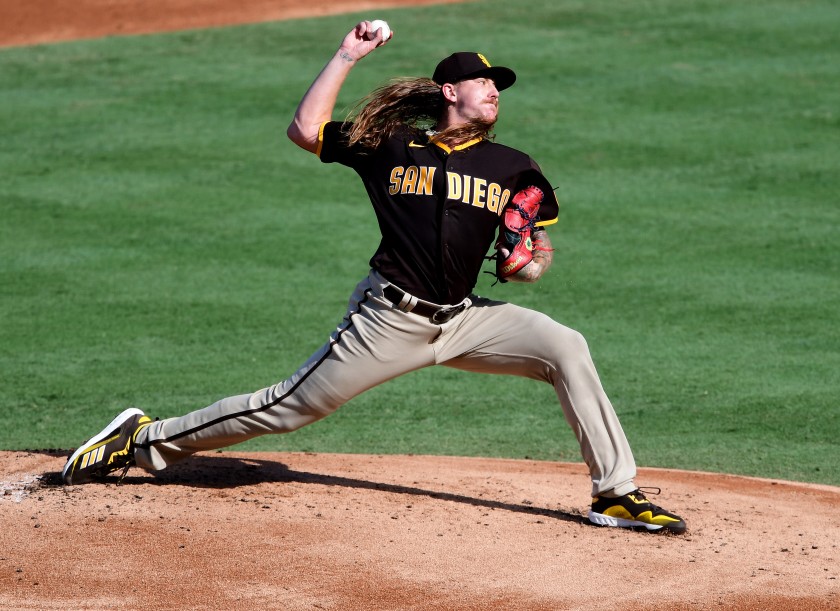 This one was as easy as it gets, the arguably most exciting team in baseball just got even better. Coming into the presumed 162 game season many, including myself, thought this team were probably a year or two away from properly challenging for the division title and making the playoffs.

However with all the weird factors considered, the Padres are one of the hottest teams in the league. Normally we’ll see some playoff teams opt to stand pat during the deadline as to not squander a working formula; but A.J. Preller threw that out the window. Count em, five trades, with each bolstering a weaker area of the squad. And how could we forget the biggest move of the deadline, adding Cleveland Castaway Mike Clevinger to tighten up that rotation.

This is a Padres team that leads the league in scoring, but is T-15th in runs allowed, so acquiring any pitching would have been praised heavily. But, they managed to snag the best starter on the market, oh by the way, without giving up a ny of their top-5 prospects as collateral.

The preseason World Series favorites, “Yankees-Dodgers 100%,” why are the other teams even bothering to show up? Welp, this is a perfect example. This is essentially a repeat of the Yankees’ problems from the prior season; except they were able to persevere with quality performance from players like Cameron Maybin and Gio Urshela, who were journeymen prior to landing in the Bronx.

However this year with the rigorous schedule and injuries stacking up, the Yankees arrived at the deadline with issues. And how did general manager Brian Cashman deal with those issues? He leaned back in his recliner and sipped on some iced tea, sweetened of course. Remember when they Yankees thought that Gerritt Cole would be the savior for their rotation? Well that was before Luis Severino needed Tommy John surgery, James Paxton would get back surgery and struggle upon his return, and J.A. Happ was well, J.A. Happ. Not to mention that Cole has STRUGGLED with the long ball, which doesn’t bode well for a pitcher in a hitter-friendly ballpark.

Mike Clevinger was the move to make, even considering his character issues during a pandemic. This is a team that has consistently underperformed in the playoffs, and was outpitched by Houston last year in the ALCS. Cashman could have topped San Diego’s offer for Clevinger with his eyes closed and a hand tied behind his back. Can you tell this is on a more personal level for me? As a result of New York’s stagnation during the deadline, it’s now up to Aaron Boone to work his magic using the binder supplied to him by the front office.

This was a fairly quiet deadline for the Braves, with the lone acquisition being left-hander Tommy Milone from the hapless Orioles. This is a Braves team who look in pole position to win the NL East for the third consecutive year, but once the going gets tough and we’re in October, Atlanta sputters out like an old car engine. Excluding Max Fried, who currently boasts a 6-0 record with a 1.60 ERA, the Braves’ rotation has been absolutely putrid.

To put it into context, the remainng starters that are members of the Braves are a combined 0-7 with a 7.51 ERA in 82.2 innings. Now I’m no math matician, nor am I a general manager for a baseball organization, but I feel like only adding Tommy Milone and not prying a bit more on the asking price of Lance Lynn, Trevor Bauer, or other tantalizing starting options will only come back to hurt them in the latter stages of the season.

The Blue Jays are another one of these young, up and coming teams who were probably about two years away under normal circumstances. Fast forward six agonizing months, and here sit the Jays, tied with the big bad Yankees.

Now what did GM Ross Atkins decide to do with a team loaded with young bats? Exactly, get every starting pitcher he could get his hands on. Robbie Ray, Taijuan Walker, and Ross Stripling to be a bit more specific. Those are three guys that easily slot right into the starting rotation behind Hyun-Jin Ryu. We also can’t forget that top prospect is due to return from the IL anyday now. Having five quality starters provides a good headache to have come playoff time, and I have full confidence that the Blue Jays will be primed to make some noise come October.

I know it may seem odd that I included a team who in normal years would be out of the running for a playoff spot fairly early on; but may I remind you yet again that this season is anything but normal. Not only are we in the middle of a 60-game season, but eight teams from each league make the playoffs, nearly doubling the typical five. And when you crunch the numbers the Reds find themselves only 2.5 games out of a spot, making their deadline day acquisitions nothing but positives.

Acquiring OF Brian Goodwin and reliever Archie Bradley, in addition to keeping hold of Trevor Bauer who, let’s not forget, has been absolutely dealing this year to the tune of a 2.13 ERA in 38 innings pitched. One move being overlooked is the fact that Archie Bradley was the best relief pitcher available, barring some lunatic saddling up the package to steal Josh Hader from Milwaukee, with Bradley recording six saves in seven opportunities for an abhorrent Diamondbacks team.

If you’ve made it this far, perhaps you’ll notice a theme developing for my deadline “losers,” being lack of activity. In addition to the lack of activity, there is also a glaring need for pitching in the Twin Cities. Less than a season after breaking the record for most homeruns in a season by a team, the Twins find themselves at a bit of an impasse; at 23-16 they are currently the 5th best team in the AL. And considering that no team is truly out of it this year, buying at the deadline is understandable for roughly 20 of the 30 teams in the league.

Yet again for an offensive powerhouse in the AL, the starting rotation leaves something to be desired, with Kenta Maeda and 4.99 star Uber driver Randy Dobnak leading the charge. You have to wonder if they perhaps made calls about Lynn and Bauer, but possibly they could have been a bit more convincing with their intentions of adding a pitcher.  Even with the team expected to get a boost with the recent activations of Josh Donaldson and Byron Buxton off the injured list, the Twins needed to see more improvement in order to challenge later in the season.