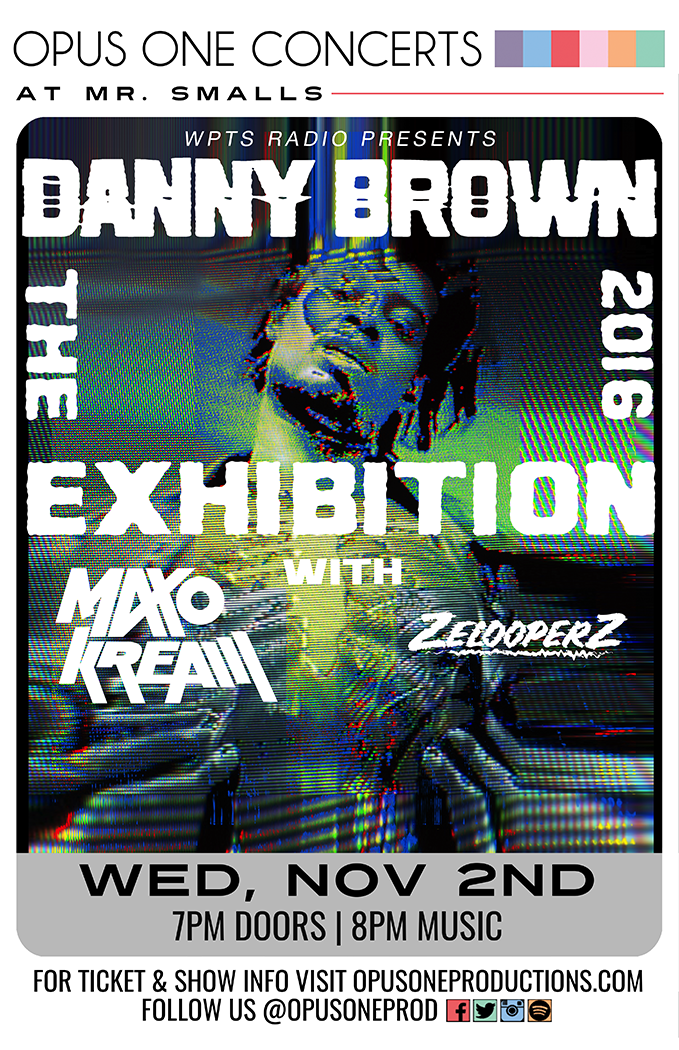 WPTS Radio and Opus One Productions present Danny Brown – The Exhibition 2016 with special guests Maxo Kream, ZelooperZ! The Detroit native will be coming to Pittsburgh on November 2nd at Mr Smalls. Doors open at 7:00 PM and tunes start at 8:00 PM. We’re also giving away a pair of tickets to this show, so make sure you enter below to win!

Danny Brown is a Detroit MC who embraced his unique hood/hipster personality, took full advantage of social media, and — fueled by his experiences with drug dealing and drug taking, as well as a wicked sense of humor — delivered some of the most vivid and side-splitting rhymes of his era. Brown (real last name: Sewell) surfaced during the mid-2000s as a member of Reser’vor Dogs. The group advanced far enough to get the attention of the Roc-A-Fella label; a deal was not struck, but an A&R rep assisted Brown with the recording and release of a mixtape, Detroit State of Mind.

Enter our ticket giveaway below:

And watch the video for “Pneumonia”, off his newest album Atrocity Exhibition: