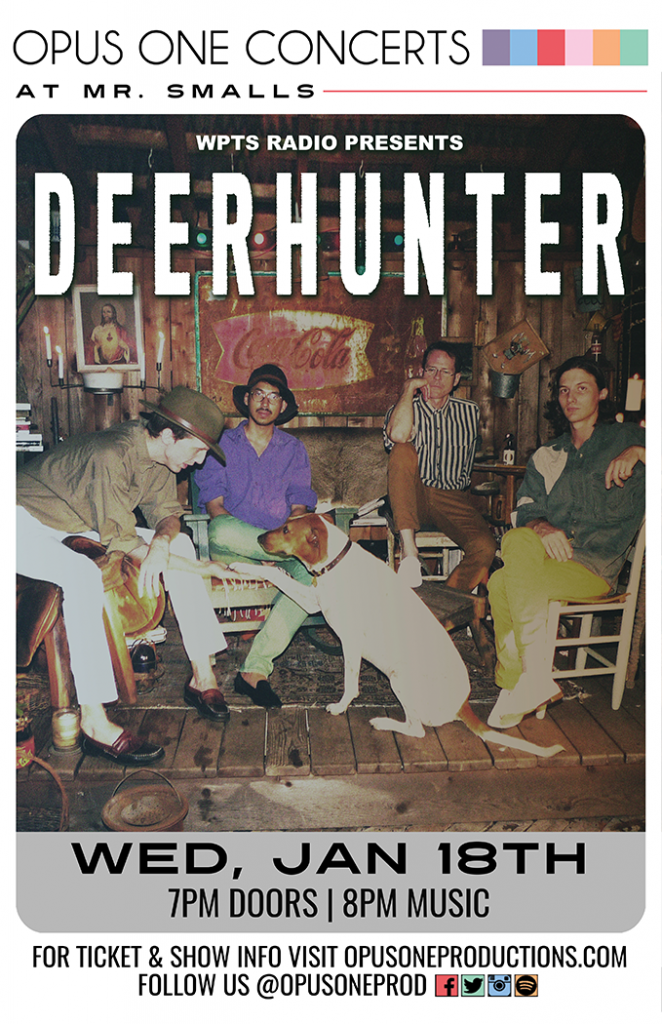 WPTS Radio and Opus One Productions present Deerhunter! The band will be coming to Pittsburgh on January 18th at Mr. Smalls. Doors open at 7:00 PM with music starting at 8:00 PM. Snag your tickets to the show here.

From Atlanta, Georgia, the origins of Deerhunter can be traced back to when frontman Bradford Cox first met guitarist Lockett Pundt at high school. Years later Bradford met Moses Archuleta and started jamming together. Other contributors to Deerhunter since its establishment in 2001 include Josh Fauver, Colin Mee and Whitney Petty. The current incarnation consists of Cox, Pundt and Archuleta plus bassist Josh Mckay and guitarist Frankie Broyles.

Check out “Snakeskin”, from the album Fading Frontier: