Let’s get some things out of the way. WHY? is a band—three Cincinnati-bred gentlemen who’ve shared a whole lotta past together. Two of them are brothers. Yoni Wolf, who founded the project by his lonesome in 1998 is one of those (see also: cLOUDDEAD, Greenthink, Reaching Quiet). The other is Josiah Wolf, who first started hitting the skins at their father’s synagogue during worship service. They like being in a band together so don’t ask about it. WHY?’s third fella is Doug McDiarmid, a high school friend born to French teachers, discovered by the Wolfs whilst playing guitar in a Steve Miller cover band. These men are handsome and meticulous, especially when they do ugly and unwieldy things with words and music.

Like we said, the project started awhile ago. Really, with Yoni in the synagogue basement on a forgotten four-track, recording bad poems and sloppy beats that none of us will ever hear (again, don’t ask). Flash forward through his monumental discovery of A Tribe Called Quest and his later untimely egress from art school and you’ll arrive at the next most pivotal moment, when the punctuated letters W-H-Y-? graduated from an enigmatic tag loopily scrawled across various Ohio surfaces to something printed on tapes, fliers, records and CDs. As a founding member of Anticon, Yoni had one of the first releases on the label: the Split EP! with Odd Nosdam, WHY?’s half a kaleidoscopic seven-song suite of sweetly sour song-rap.

And then the albums began, with the cult-revered Oaklandazulasylum in 2003, documenting WHY?’s quickening march from an enticingly idiosyncratic outside-of-art, inside-the-bedroom experiment to the fiercely chopsy and wildly creative band of badasses they are today. (If you haven’t heard their stuff, you should check it out. It’s like pop-inflected psychedelic folk-hop, or chamber music imagined by the most lovelorn and death-anxious Beat Poet that never lived.) 2005’s lauded Elephant Eyelash paved the way for tours (Silver Jews, Yo La Tengo, Islands), collabs (Danielson, Department of Eagles, Hymie’s Basement, Subtle) and more albums. Oh, and they lived in Oakland for awhile. (You remember that, don’t you?)

Everyone comes into their own at different times. For WHY?, most agree that this happened across 2008 and 2009 with a pair of oddly engrossing stunners—the tightly rhythmic Alopecia and its quieter, kinda country cousin Eskimo Snow—which turned the oft-boxed music world on its hella gross cauliflower ear. High marks were awarded by the coolest of customers as the band momentarily swelled to five with the induction of Fog guys Andrew Broder (shred) and Mark Erickson (boom). When they finally came off of the road, WHY? set themselves to humbler tasks: turning out intimate tunes for lucky fans (via a Golden Ticket mail-order merch contest) and intricate beats for rapper Serengeti’s praised Family & Friends LP. 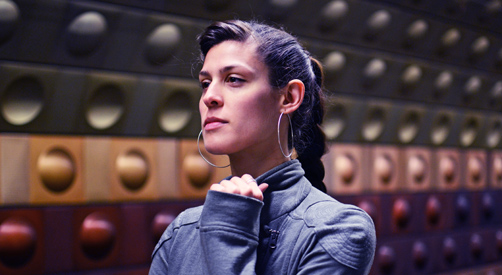 From its first track, Dessa’s new full-length Parts of Speech (6.25.13, Doomtree Records) announces itself as something different. The Doomtree veteran and inveterate wordsmith — having proved her mettle in the fields of creative non-fiction, spoken-word and hip-hop — jettisons all genre expectations on “The Man I Knew” and croons a heartbreaking lament to a disintegrating relationship at an explosively-building clip.

From this moment on Dessa — oft–described as “Mos Def plus Dorothy Parker” for the wit and flow shown off on previous solo albums A Badly Broken Code and Castor, The Twin — proves she has truly coalesced as an artist, transcending the restrictions of genre to reveal an astonishing multi-platform voice.

“I wanted to investigate the idea that a cohesive record isn’t always made cohesive by having twelve songs that sound the same. I figured when you make a mixtape for a friend, you can get away with a range of genres and a lot of dynamic change. Why can’t I approach an album like that? The sequence has to be just right, and we worked hard to nail it, but the thing that holds this record together is the sensibility of the lyrics, rather than a uniform theme.”

Track two kicks off a stunning hat-trick of the record’s standout numbers. “Call Off Your Ghost” is an admittedly haunting dirge on the “struggle for grace in the wake of a long relationship.” An arena-sized chorus tucked into a melancholy lullaby, “Ghost” has that unique ability to perfectly soundtrack new love or bitter breakup at the same time.

Dessa then puts her fists up for “Warsaw.” The track boasts a beat like Azealia Banks playing Pacman, which provides a background for our emcee’s confident, hypnotic flow. Narrative takes a backseat to mood here, as Dessa spits impressionistic one-ups like “I sleep with both eyes open, standing up,” daring you to blink first.

“Skeleton Key” contains Parts of Speech’s mission statement: “I haven’t met a locked door yet.” An ode to female self-reliance that doesn’t waste ambiance for message, the track plays like a great, lost M. Night Shyamalan movie, calling forth an era out of time in the story of a woman, a key and a bottomless reserve of courage.

“This record involves multiple narratives. It explores the same themes of love, loss, connection and communion as a lot of my work, but the angle and lens through which they’re explored sets this album apart from my previous ones. The production techniques were new for me too — we spent a lot of time crafting a record that could include live players, Doomtree production, and sometimes a blend of the two.”

While the album is born of Dessa’s artistic vision, it benefits from the collaboration of her varied friends. Parts of Speech owes much of its impact to its diverse production. Dessa got her start as a member of Minneapolis hip-hop collective Doomtree — eventually going on to help manage the group’s business affairs as they launched their own label — and members Lazerbeak and Paper Tiger lend their production to several tracks.

The players in Dessa’s live ensemble all contributed to the record, as did several top-flight Minneapolis musicians working in rock, folk, and opera. She even enlisted a cellist she found on Pandora to make the gorgeously-layered foundation of penultimate track “It’s Only Me.”

Dessa, born and raised in Minneapolis after her parents met at a Duluth music store, was valedictorian of her high school, eventually skipping a year of college and graduating with honors before she could legally drink. Armed with a philosophy degree, the intrepid Midwesterner spent her nights as a waitress and days writing reference manuals used by doctors in the implantation of pacemakers.

“Language and verbal communication were important in my family. If I could argue my way into a later curfew, that argument was entertained. My parents may have regretted that policy later but it was a great motivator to help me develop a facility with words.”

A love of words is evident in both Parts of Speech’s title and its ethos, as Dessa’s philosophy training surfaces too. The rousing chorus of “Fighting Fish” references the Greek philosophical paradox of Zeno’s Arrow. “Beekeeper,” polished up from a starker appearance on Castor, finds Greek god Prometheus repossessing fire from the humans. “Sound the Bells” sings of Mercator, the cartographical genius who pioneered flat maps of a round world.

Parts of Speech could be made by no one but Dessa, but in its evolution and awareness it is the perfect culmination of the journey started with 2010’s A Badly Broken Code. Middle album Castor, The Twin was in many ways a blueprint for Speech. The earlier albums were praised widely for their focus and depth, but Speech shows a fantastic breadth.

An album that can boom out of a car window after its summer release, or soundtrack a November night in, Parts of Speech marks a highpoint in Dessa’s career and demonstrates the crossover power of the rising star’s burgeoning arsenal.