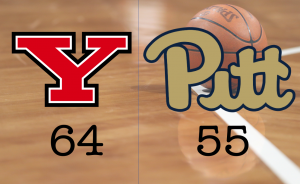 Tuesday night, the Pitt women’s basketball team took on the Youngstown State Penguins as part of their non-conference schedule. Coming off a dominant 90-38 win over the New Orleans Privateers, the 1-1 Panthers looked to stay hot against a 2-0 Youngstown State team.

Lance White’s squad was able to accumulate 8 first-half steals, but they struggled from the field throughout the contest, often failing to effectively turn their textbook defense into easy, transition offense. Facing just a 5-point halftime deficit, however, the Panthers went into the locker room with hopes that their shots would begin to fall in the second half.

Unfortunately, Pitt’s struggles continued on the offensive end. The Panthers forced 17 Youngstown State turnovers, but scored just 13 points off of these takeaways. Pitt ended the game with a team field goal percentage of 35%, and shot just 6-17 from 3-point range, with none of those makes coming in the 4th quarter. The Penguins struggled offensively as well, due to Pitt’s great defense, however they still managed to make 10 3-pointers, while out-rebounding the Panthers by 10 as well. Youngstown State ultimately extended upon their halftime lead, defeating Pitt by a score of 64-55.

When it comes to bright spots, two of Pitt’s leaders, Aysia Bugg and Kalista Walters, provided promising play. Bugg finished with 20 points, and Walters scored 10 points while additionally grabbing 7 rebounds. The Penguins led this game for 31:53, as Pitt struggled to go on any sort of run to overcome their deficit. The Panthers fall to 1-2, and they’ll look to bounce back in a huge game against the Cincinnati Bearcats on Friday at The Pete. As for the Penguins, they’ll improve to 3-0 as they enter the heart of their non-conference slate. Despite a tough loss, Lance White and his team will look to build upon the promise they’ve shown both on the defensive end and from beyond the arc thus far, as they’ll attempt to pick up a key win this Friday.